The transformation of the city through time

How different was the city of Ljubljana before the changes were introduced? What, in your opinion, were the most important changes that have made life as it is now?

Ljubljana has changed enormously through history. The former road and railway transport, trams, the unarranged green areas, polluted air and environment have been replaced by new measures and better standards.  The carefully planned urban development of the capital and a long-term plan for communities was already established in the previous century, and with it the city’s municipality of Ljubljana under the leadership of mayor Zoran Janković. Already in 2007, his team designed the image of the city in the 21st century in its “Spatial Development Vision 2025”. Through numerous big and small projects, the vision reflects the spatial and societal values of the city, and presents a green and sustainable  metropolis where people live together and respect diversity.

The high quality of life enjoyed by the citizens of Ljubljana is the result of the numerous changes and development projects implemented through time. The biggest improvements amongst them are undoubtedly the renovation and construction of cycling infrastructure, energy efficient renovation of buildings owned by the municipality of Ljubljana, the construction of several bridges, the layout of the river quays and the rearrangement of former parking spaces into social meeting points (e.g., Congress Square). The quality of our urban space has certainly been improved by the suspension of private motor vehicle traffic in the city centre, which reduced the noise level and improved the air quality. Methane-fuelled public transport vehicles also contributed significantly to these improvements, as well as the promotion of the use of e-mobility and car-sharing possibilities among inhabitants.

On the outskirts of Ljubljana we introduced several public parking spaces to encourage people to use public transport, rent bicycles or simply walk to the city centre. All streets, cycle paths and walkways are maintained regularly, and investments in infrastructural improvements for more secure school routes are constantly undertaken. The city centre main thoroughfare (the Slovenska Street) was rearranged into an area for pedestrians, cyclists and users of city buses.

Despite being small, Ljubljana, the proud holder of the European Green Capital title in 2016, has more than 100 hectares of newly arranged green areas, and its brownfields are constantly converted to green landscape areas. We make sure the grass is cut regularly, take care of public parks, city trees and forests which are the lungs of our capital. The city also offers its visitors some neatly arranged picnic areas and many public playgrounds that are available to everyone free-of-charge.

The high quality of life is not only reflected in the care of our city, but also in the investments into the most important assets of our city – our citizens. The city provides numerous opportunities for children and youngsters, from education and diverse activities, to scholarships, mentorships and intergenerational cooperation; it also helps young people with social housing for rent and supports them in their social life. The municipality of Ljubljana, however, also takes care of its senior citizens by providing home care, homes for the elderly, serviced apartments, training courses and diverse other activities.

In addition to all that, we must the greatest sports acquisitions of the city, such as Center Stožice with a football stadium and a multi-purpose hall; arranged recreational and training areas along the Sava River; the renovated shooting-ground at Rudnik; the youth golf centre Stanežiče; the renovation of the oldest Ljubljana swimming pool Kolezija; the construction of the new Gymnastics Centre Ljubljana as well as of the Bike Park Ljubljana in Podutik; the new sports hall for sports fields on sand in the Sport Park Ludus, and many other successfully implemented sports projects. There are more than 50 Sport Islands around Ljubljana, with outdoor fitness equipment, exercise islands, fitness trails and devices for street workout. Also, several bike parks and skate parks for skateboarders have been installed around the city, and there are many other projects underway and changes planned that already now make the city of Ljubljana rank high on the list of capitals boasting a high quality of life.

TOURISM: To what extent were all these initiatives – BicikeLJ, Kavalir, restriction of passenger car traffic in the city centre, new bridges and footbridges – implemented with the aim to improve the tourist offer of the city? Are you happy with the level of attractiveness achieved by Ljubljana so far, or do you believe it can be further improved?

The implemented initiatives and improvements in Ljubljana are aimed at each and every one of us- at our citizens to improve their quality of life in the capital, as well as at tourists and visitors to our capital that are increasing in numbers from year to year. All these improvements ensure the richness and diversity, either through the transport with the Kavalir electric vehicles, the use of the BicikeLJ city bikes, bike parks and skate parks, carefully planned pedestrian zones in the city centre and other innovations, which certainly have a positive effect on tourism.

As an innovative green tourist and cultural region, Ljubljana is an exceptionally attractive destination. This is confirmed with a high number of visitors to the city, of which we are very proud. Even tourists to Ljubljana are kindly encouraged to walk and cycle as the Ljubljana Bike project enables the renting of bikes for exploring the most beautiful spots of our city. Well-organised public transport is also available to our visitors, whereby our environmentally-friendly methane-fuelled city buses and, at places, yellow lanes help them reach the desired destination in a relatively simple, convenient and fast manner. Since 2016 tourists have been able to take a ride with Urban, an electric train, and embark on a tour of the most important sights of Ljubljana, and they can also use the electrical car-sharing service.

The progress invested in design and the implementation of the carefully planned strategy is the result of the effort, connectedness and excellent cooperation of many stakeholders, the City Administration of the municipality of Ljubljana, public companies and public institutions. The city will certainly become even more attractive in the future, as there are still many projects in the pipeline with which we are endeavouring to piece together this mosaic of perfection. United, we endeavour to make sure that Ljubljana constantly grows in every aspect, and we proudly claim that Ljubljana is the most beautiful city in the world.

PROMOTION OF A HEALTHY LIFESTYLE: Choosing a bicycle instead of a car. Do you find the citizens of Ljubljana to lead a more healthy and active lifestyle as compared to other European capitals? Is this directly linked to the transformation of the city?

As a long-standing chairman of the oldest sports club in Slovenia, established in 1863, I can say with pride that we are an exceptional sport nation that reaps our successes both at the European and the global levels. I would venture to claim that our citizens live a healthy and active lifestyle that is comparable to all cities developed in sports, cultural and social terms.

With a well-designed transformation of the city and the set strategy we have created an additional incentive for our citizens to lead an active life which is showcased by high demand for the expansion of the BicikeLJ bicycle route network and by the wish of our citizens that those cycle paths and routes that are interrupted in certain areas be completed. An increasing number of people are participating in numerous and diverse recreational and competitive running and cycling events, and also in joint exercising and training at communal green areas.

Ljubljana ranks in the top on the list of cities with the largest share of green areas per inhabitant (521m2), green areas represent as much as 75% of the city’s area. This means that every citizen of Ljubljana, regardless of where they live, can reach a green area in 5-10 minutes and do the exercise and training they like most.

However, our citizens also demonstrate their healthy lifestyle by buying healthy food that is locally and organically produced. Year on year, Ljubljana endeavours more to ensure local self-sufficiency, in particular for our youngest in kindergartens and schools – the initiative is called “the Green Supply Chain”.

THE CITY FOR CYCLISTS: What were the challenges the city faced in the process of becoming a more cycle-friendly city? Were you faced with complaints by the citizens, or was there overall enthusiasm about it?

We started with a phased-in approach towards the transformation of the city already in 2007. Due to the closing of the city centre to traffic, thus closing regular routes which required the people to change their habits, a lot of communication with the local inhabitants was necessary. It took place in the form of direct talks, we organised workshops on the topic and carried out trials of closed roads. Complementary measures needed to be taken, such as the construction of a parking garage, organisation of parking spaces and the arrangement of access points into the pedestrian zones for deliveries.

At the same time we had to design a new town-planning scheme that had to include the development of new cycle routes and the extension of the existing cycle paths. We invited all citizens of Ljubljana to participate in the design of the scheme and to give their proposals and suggestions to it, which meant that the implementation of all measures related to urban cycling in Ljubljana was always met with approval. So far, we have built a network of more than 200km of cycle paths and we plan to double its length in the years to come.

My colleague Prof. Janez Koželj, a deputy mayor who is a top urban planner, is responsible for this area, and he is also a sworn cyclist. The Ljubljana Cycling Network has been established as a society for the promotion of cycling and sustainable traffic; they constantly follow the development of cycling in our city and point out to any deficiencies as well as offer suggestions for practical solutions. This is why I believe that the development of cycling around Ljubljana will continue to be a successful project. And why Ljubljana is the most beautifull city of the world. 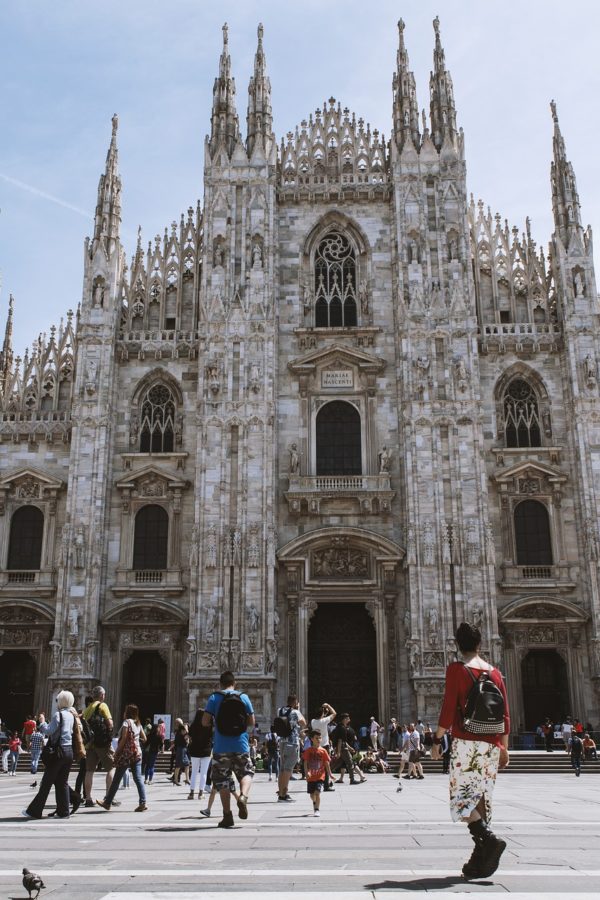 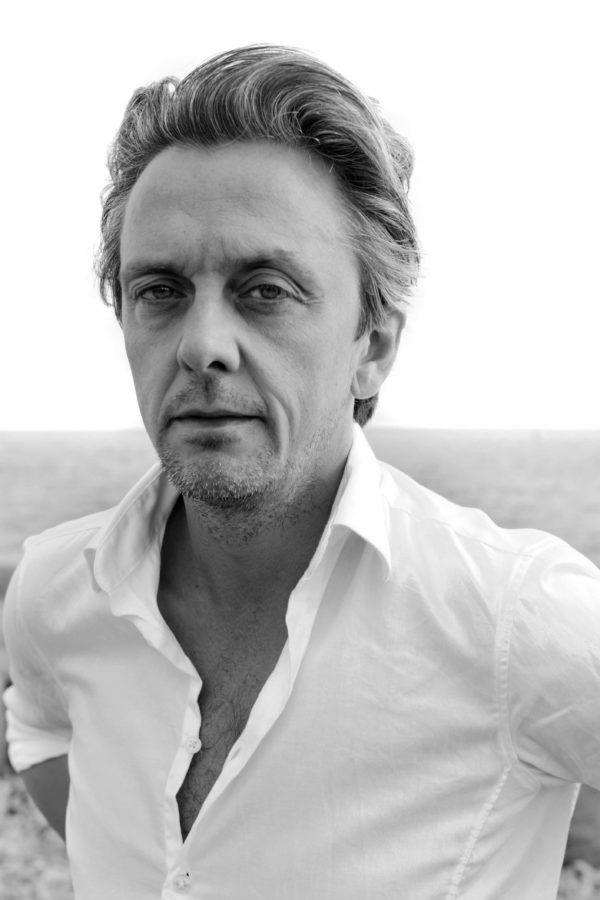 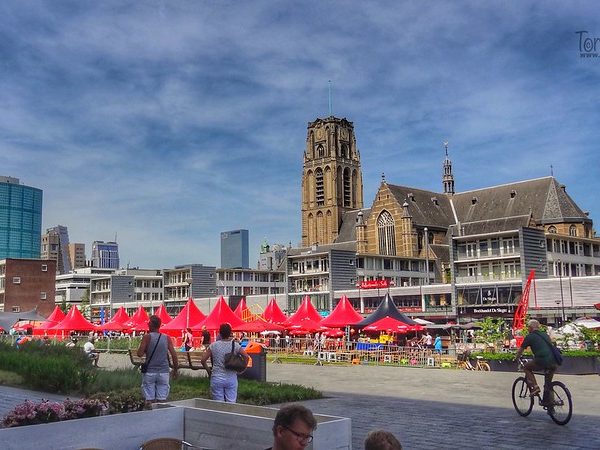