The project is led by Sport and Citizenship (France) and is further composed of 8 additional partners that are :

Sport and Citizenship manages to maintain discussions on various topics and bring in new ideas. Its activities include the publication of a quarterly scientific journal and Regular conferences on various topics related to the European dimension of sport organized in collaboration with the European institutions and relevant sport actors in Europe.

Sport and Citizenship has also led the Erasmus+ Sport-funded PASS (Physical Activity Serving Society) project. It was a 3-year initiative that uncovered policy and practice in physical activity policies at EU and national level. It was aimed at identifying gaps in physical activity policies and propose operational recommendations to combat inactivity at policy level. This project has been concluded in December 2017.

THE ASSOCIATION FOR INTERNATIONAL SPORT FOR ALL :

Founded in 1991 in Bordeaux, France, TAFISA is the leading international Sport for All organisation. TAFISA’s ultimate vision is a sustainable active world, and it actively pursues that vision by:

TAFISA has over 300 members from 170 countries on all continents. Members comprise both governmental and non-governmental organisations, including national sports federations, national Olympic committees, ministries of health, culture, sport, etc., international, national, regional and local Sport for All organisations, educational institutions and individuals.

Most importantly, the development of Active Cities constitutes a number one priority that is transversal to the above TAFISA portfolio of programmes and events. TAFISA can rightly be considered as a pioneer organisation, playing a decisive and recognised role in this field.

THE INTERNATIONAL COUNCIL FOR SPORT SCIENCE AND PHYSICAL EDUCATION :

The International Council of Sport Science and Physical Education is the world’s largest network of national and international organisations that are concerned with sport, sport science and physical education. Since 1958 ICSSPE has reached out to millions of people across the globe through research activities, knowledge sharing and capacity building, as well as policy advice and development.

ICSSPE investigates for a better scientific understanding of human movement, educates for a better quality of life and improved health, and it advocates for the benefits related to an active lifestyle as well as to preserving ethical values inherent in sporting activity.
Therefore:

At the intersection of science, pedagogy, politics and business, ICSSPE offers multi-sectorial and multi-disciplinary solutions to current challenges in sport. The unique co-operation between government organisations, civil society associations and academic institutions allows for comprehensive advice to sport, education and health authorities, as well as for advancing interdisciplinary science, in order to use the potential of sport for social, economic and cultural development. In this way, ICSSPE serves to protect the integrity of sport and promote its diversity and is committed to the participation of all population groups. 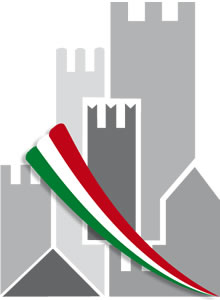 ANCI is a private association representing the Italian Municipalities. On their behalf, it deals with Public Institutions and participates to Ministerial Committees and Bodies. With a membership which includes almost every municipality in Italy, representing over 90% of the population, the National Association of Italian Municipalities (ANCI) is deeply rooted in the social, geographic and cultural fabric of Italy.

ANCI takes part to several projects funded by the European Union in the fields of urban governance, sustainability and development. In the framework of its networking and dissemination activities, ANCI is currently the URBACT National Dissemination Point for Italy.

ANCI has developed specific know-how through its Smart Cities Observatory, which aims at providing analysis, research and replicable practices and models that can be adapted to the Italian context and transferred to the Italian municipalities in order to help them become “smart” and innovative (ww.osservatoriosmartcity.it). 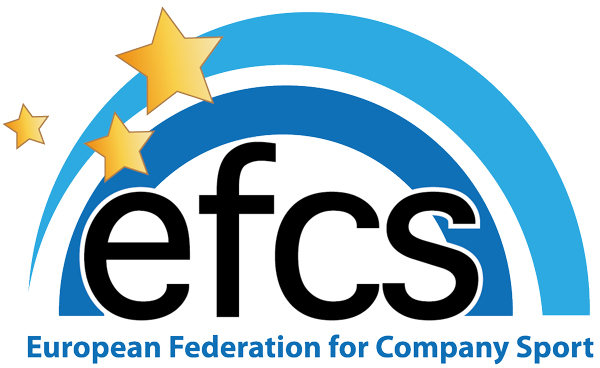 The European Federation for Company Sport (EFCS) is a voluntary non-profit organization gathering national company sport federations from 39 different countries (and 41 federation) of which 22 EU member states. These national federations are referent associations in their own countries to organize activities related to company sport. Most of these federations’ members are companies which differ in their size, form, and activity.

The EFCS’s main objective is to promote and develop sport practice in the professional environment all across Europe.

The EFCS’s core missions are mainly about:

The EFCS’s targets are multiple. Sport activities concern as heart targets both active and retired employees as well as publics that are most often forgotten by sport offering: youth, women and disabled people. They are from companies affiliated to the EFCSthrough their national federations for company sport.

The EFCS is also related to researchers and universities to gather and collect data about company and sport action field.

The ECF pledges to ensure that bicycle use achieves its fullest potential, so as to bring about sustainable mobility, health and public well-being. To achieve this goal, the ECFseeks to change attitudes, policies and budget allocations at the European level and to support its members to do so at national, regional and city levels. One of its main tools is to stimulate and organise the exchange of information and expertise on bicycle-related transport policies and strategies as well as the work of the cyclists’ movement, cities (ECF Cities for Cyclists network) and other stakeholders.

The city of Liverpool has adopted an Active City approach since 2005 and strongly supports the drive to increase participation in sport for all by populations, including those who at the moment are inactive. It is well documented that numerous benefits can occur through achieving this goal. The city has previously supported a host of international activity projects alongside TAFISA including Triple AC (Active Cities, Active Communities, and Active Citizens) and the European Sport City Network projects.

In 2004 research was undertaken in Liverpool to identify the levels of participation in sport and physical activity. This showed that only 18% of adults and 1 in 3 boys and 1 in 5 girls (aged under 16) were active enough to benefit their health.

The first Active City strategy was launched in 2005 which adopted a cross sector partnership approach toward increasing participation levels. In 2006 a Sport and Physical Activity Alliance group was established to ensure that the Active City action plan was implemented. The group has representation from the Public, Private and Voluntary sectors who share a vision of increasing activity levels. Over the last 12 years as a result of the proven success of the Active City approach in Liverpool the aspirations of the city and its citizens have increased.

This has included the expansion and introduction of new sport and leisure centres around the city, particularly in the more deprived parts of the city. In addition to this the parks and open spaces around the city have received investment which makes them suitable for a host of outdoor activities.

In addition to this as a result of the joined up approach which the city has adopted the confidence of international sporting organisations has increased in them staging their sporting events in the city. All of these events have the subject of legacy at their core.

Therefore as outlined above the city of Liverpool is known regionally, nationally and internationally as being one of the lead cities in the world for developing a cross sector, joined up approach to increasing participation in sport and physical activity through the adoption of an Active City approach and showing that the approach has to be evidence based.

Baltic Region Healthy Cities Association is a non-governmental organization based in Turku, Finland. It was founded in 1998 to promote health conditions in urban areas in the Baltic Sea Region and to support the programmes of WHO, which concentrate on health promotion. Since 2002 the Association has been a WHO Collaborating Centre for Healthy Cities and Urban Health in the Baltic Region.

BRHCA’s works focuses on the projects and actions aiming at improving conditions for health and wellbeing in the Baltic Sea Region, which include the health promoting professionals and decision makers.

The Association is experienced in research and implementation projects, as well as organization of international health and wellbeing conferences on the most current health themes. Its representative has been a member in the Expert Group on Non-communicable Diseases of Northern Dimension Partnership for Public Health and Social Wellbeing (NDPHS) since 2011. The Association took an active part in the evaluation of the performance of WHO European Healthy Cities in the Phase V (2008-2013) with the expert involved in the Evaluation Team on Active Living. The Association is a member of WHO HEPA network.