Conference on the future of sport in European cities

The Commissioner for Education, Culture, Youth and Sport Tibor Navracsics, who was giving an introduction speech on that day, reminded to the audience that sport is representing 2% of the overall GDP in Europe but still it remains underestimated and under subsidized. He highlighted that a lot is happening at the local level, as cities understand the specificities of their territory and are qualified to act properly, outlining the fact that supporting towns and cities is crucial. Jan Olbrycht, MEP for Poland and president of Urban Intergroup also emphasized sport is both a physical and a social activity, and is very important as a social element of a community. He argued that sport should be regarded less as a private business and more as a social activity that fosters a sense of belonging to local communities. Thus, it will be easier to find consensus in financing sports at the European level if we put the social component of physical activity first.

The first panel focused on the role of sport and physical activity as drivers for vibrant regions and cohesive communities. As Benjamin Barets, Member of Cabinet of the Commissioner for Regional Policy pointed out, everyone agreed that “sport is an activity of general interest” and needs to be promoted as such. He pledged for coming back to the very essence of regional policies, namely the reduction of disparities between regions. In order to do so, structural funds in the future will be more flexible and policy-makers from cities will have a lot of new opportunities coming up. An interesting statement which is reflecting the ambition of EU to substantially increase the budget for Sport in the multi annual financial framework (MFF) of the two coming periods.

The contribution of the PACTE Project to the discussion

Sport and Citizenship had the opportunity during this conference to show what positive impacts physical activities could have in the cities. More than 210 million Europeans are inactive and physical activity represents a cost of 80 billion euros per year, meaning physical inactivity is bankrupting European economy. Cities are particularly vulnerable to these negative impacts, as their citizens health is directly jeopardized. However, physical activity studies have generally focused on the national level and the city level has been under researched for a long time.

All partners of PACTE have been working on improving physical activity in cities and have conducted a mapping of what cities are currently doing. It shows 70% of municipalities have a physical activity policy in place, 63% have local recommendations adapted to their own context and 34% reported that their local action plan was part of a national policy. It indicates that more research is needed on distribution of responsibilities within the vast network of potential actors. The main difficulty is to know where to start, and the PACTE project intends to help cities on that point.

The future of sport in European cities is already emerging

The conference in the European Parliament was a brilliant opportunity to learn from the experience of various actors, including cities implementing projects to increase physical activity in the urban space. Laura Hakvoort, representing the City of Amsterdam, Netherlands, has explained how the city is bucking the trend of growing rates of obesity in Europe by promoting more active transports. Randall Rzewnicki from the European Cycling Federation also presented the benefits of cycling in terms of health.

Those are topics Sport and Citizenship is particularly interested into, as the four mains objectives of the PACTE Project are Active Leisure, Active Transport, Active Education, and Active Workplaces. Regarding that last point, a workshop will be soon organized in Brussels, Belgium on Thursday 20th of June. The workshop “Active workplaces” will provide for exchanges of best practices and knowledge. It will bring together partners and a lot of different actors including cities and everyone willing to learn more about new and innovative strategies to cope with urban inactivity will be more than welcome in Brussels! 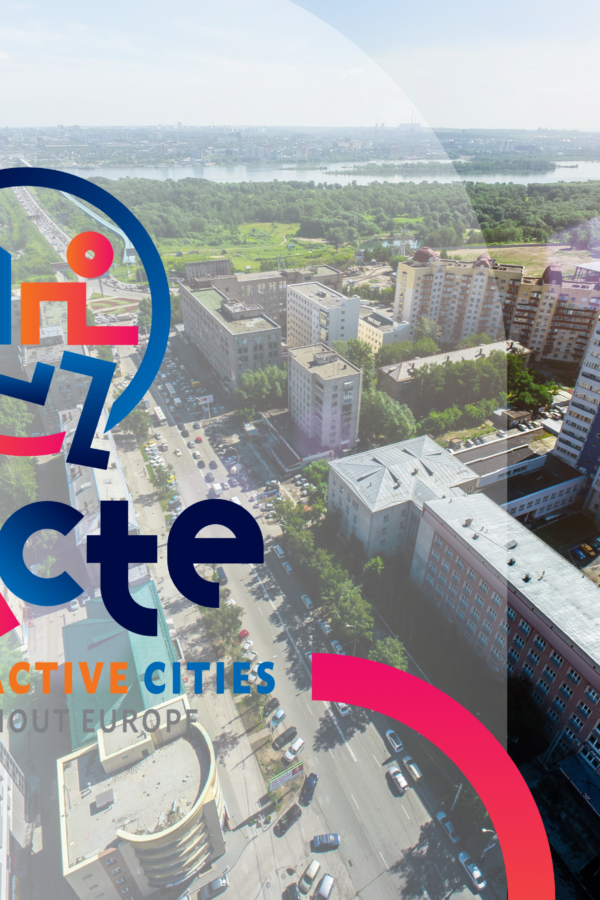 Read more !
Home | Conference on the future of sport in European cities